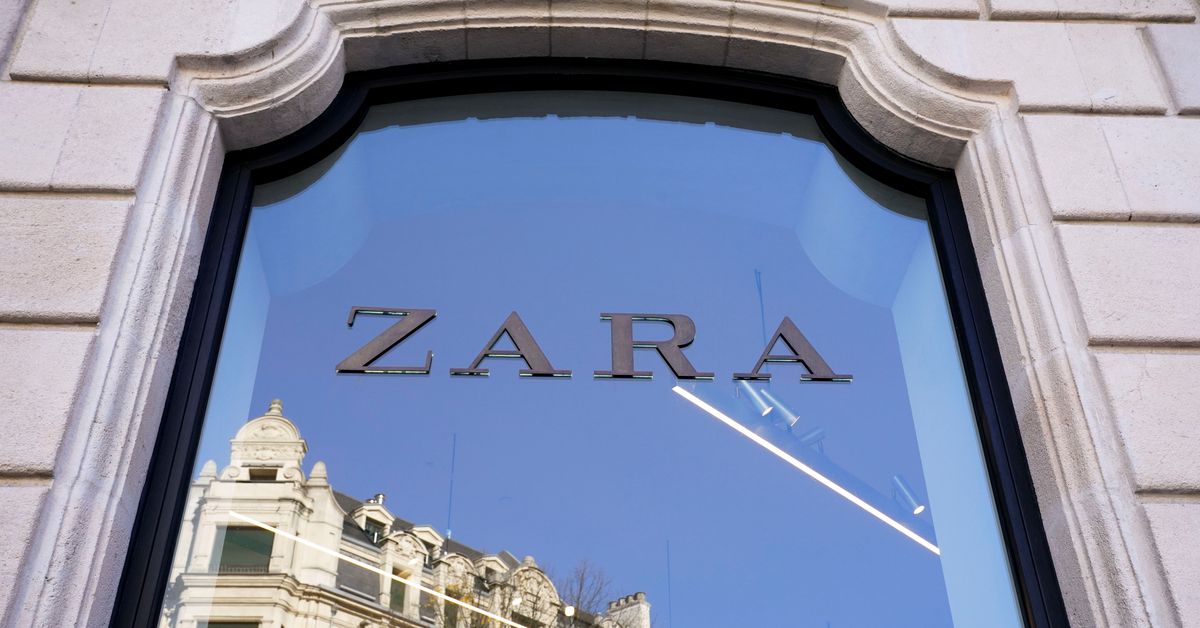 A building is reflected in the window of a Zara clothing store, part of Spanish group Inditex, in Bilbao, Spain, November 30, 2021. REUTERS/Vincent West

The owner of Zara follows some of the biggest Western brands which have suspended their activities in Russia, including its main rival H&M (HMb.ST), following the invasion of Ukraine and the imposition of economic sanctions. Read more

“Under the current circumstances, Inditex cannot guarantee the continuity of operations and business conditions in the Russian Federation and is temporarily suspending its activity,” the world’s largest fashion company said.

Russia accounts for around 8.5% of the group’s global EBIT (earnings before interest and tax) and all Inditex stores operate on a rental basis, Inditex said. “The investment is irrelevant from a financial point of view”.

Inditex said it would give its workforce of more than 9,000 people a special support plan, without giving details. The group had said its 79 stores in Ukraine had already been temporarily closed.

Spain’s second-biggest fashion retailer, Mango, announced on Thursday that it was temporarily closing its 120 Russian stores, and Tendam, the third-largest clothing group, said it made a similar decision on Saturday.

“The combination of a weak ruble leading to steep price increases for the Russian consumer and increased logistical difficulties will make it difficult for all retailers importing into Russia to operate, even if there are no direct sanctions on their categories. of products,” said Adam Cochrane, analyst. at Deutsche Bank Research, said.

“Russia has been an important part of sales growth in 2021 for Inditex,” Cochrane added.