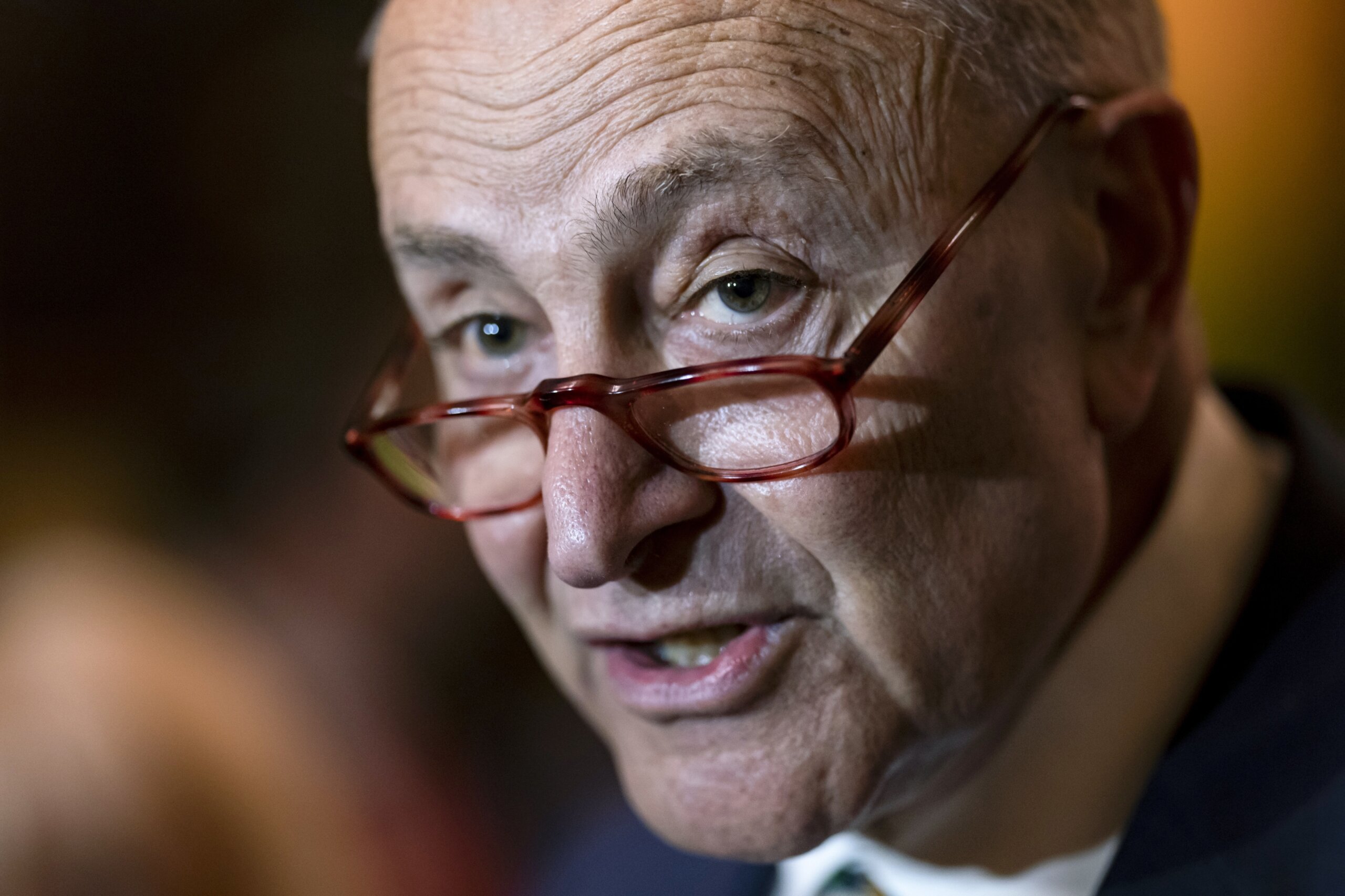 Both bills have been bogged down in the Senate, frustrating lawmakers who want to bolster the US response as the war in Ukraine enters a gruesome new phase.

“It’s a big, big deal that we’re finally doing them,” Schumer said. “Now I wish it had happened sooner, but after weeks of discussions with the other side, it is important that we have found a way forward.”

It’s been three weeks since the House passed the trade suspension measure that paves the way for President Joe Biden to enact higher tariffs on certain Russian imports. At the time, the legislation was touted as sending a message to Russian President Vladimir Putin and his allies about the economic isolation Russia will face for invading Ukraine.

The House vote in mid-March came a day after Ukrainian President Volodymyr Zelenskyy told Congress in a virtual speech that “new sanctions packages are constantly needed every week until the Russian military machine stop “.

“They can’t just go and kill a bunch of people, destroy cities, kill women and children, and then go back and do business as usual,” Ukrainian-born US Representative Victoria Spartz said. a Republican from Indiana, as the trade bill was being debated in the House.

With reports of civilians being tortured and killed in Ukraine, with streets on the outskirts of Kyiv littered with dead bodies, some lawmakers this week wondered why the Senate had yet to take a decision on the bill.

“What I say to senators is that all of these atrocities in the face of the atrocities that everyone saw this weekend are truly beyond imagination,” said Sen. Ron Wyden, Democratic Chairman of the Finance Committee. Senate.

“It sends a message of weakness,” Rep. Michael McCaul, R-Texas, said of the Senate’s inaction. “It seemed like a pretty bipartisan and easy thing to do, just like not importing Russian energy, so that’s disappointing.”

The suspension of preferential trade treatment for Russia has overwhelming support. But Sen. Rand Paul, R-Ky., has opposed a speedy review of the bill, fearing its language on who can be punished for human rights abuses is too broad, leaving it ripe for abuses. He blocked a request for a voice vote on the bill, which requires the consent of all 100 senators. Schumer opted to let the senators off the hook rather than chewing up floor time to overcome the filibuster.

Sen. Ben Cardin, D-Md., said, in practice, the impact of the delay on the trade bill is minimal “because there’s hardly any trade right now from Russia.” . Still, he said the passage is important.

“Messaging is important here and showing the action is important,” Cardin said. “You have the Ukrainians on the battlefield every day. The least we can do is get these bills passed.

Sen. John Thune, the No. 2 Republican in the Senate, said the delay in the Senate was difficult to explain. But he placed the blame on Schumer.

“I think part of it is really having leadership in the Senate that is going to run the floor and is willing to do whatever it takes to get things done,” Thune said. “If it had been a priority, I think it would have been done.”

Democrats counter that going the route Thune suggested requires spending valuable speaking time on a bill that passed 424-8 in the House.

Rep. Kevin Brady, the ranking Republican on the House Ways and Means Committee, which has jurisdiction over commerce, said it was important for Schumer to bring senators together and push the bill through. .

“We observed these atrocities. America must step in now and stop funding the war,” Brady said. “President Zelenskyy asked for this a month ago and here we are – still fidgeting.”

The House also passed the oil ban about a month ago. The bill would codify restrictions on Russian oil that Biden has already put in place through executive action.

Schumer said Putin should be held accountable for what he called war crimes against Ukraine. He also said Putin was guilty of genocide.

“The formal revocation of normal trade relations with Russia is precisely the right thing for the Senate to do, because it will deal another blow to Putin’s economy,” Schumer said. “It’s a key part of any strategy to hold Putin accountable for his savage attacks on innocent civilians.”

Copyright © 2022 The Associated Press. All rights reserved. This material may not be published, broadcast, written or redistributed.

Solomon joins the Green’s Illini team as Director of Operations