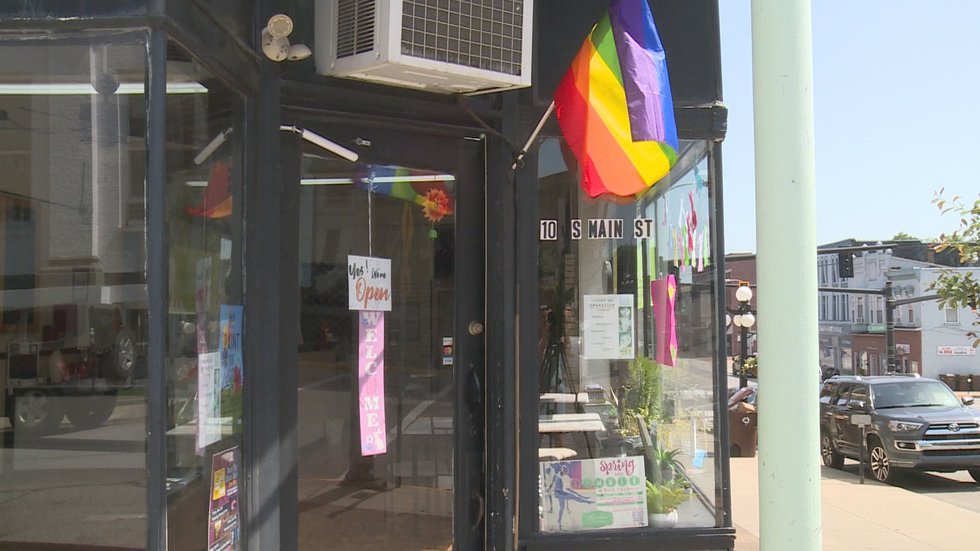 WINCHESTER, Ky. (WKYT) – If you follow the trail of the colorful bow ties, they will eventually lead you to Mason on Main in Winchester, owned by Mason Rhodus.

“Mason is Winchester. He is what a lot of people represent,” said JP Martin of Whiskey and Wiles Photography.

But on Saturday, Rhodus was met with hate. He said people walked into his store, telling him that God doesn’t love him because he’s gay.

“Of the few negatives, that hurt me the most. I’m a Christian. And I believe in following the teaching of Christ. And I know that’s not true,” Rhodus said. .

This isn’t the first time Rhodus has received comments like this, but it’s the first time he’s spoken out publicly against hate. It was an action that was met with more love than he could have expected.

“We don’t have the same convictions and we may not agree on everything, but he’s a good person. My thought is you love people for who they are, regardless,” Martin said.

Martin is just one of many downtown business owners who have shown their support over the years, and after Saturday’s events there was an outpouring of support more than ever before.

Last year Rhodus was the only one with a Pride flag hanging outside. Now you see the flags flying in front of most downtown businesses.

“I’ve had countless private messages from parents here in town with struggling kids, they’re struggling here in town to be themselves,” Rhodus said. “Hearing their comments is like wow. My hometown. Look what they’re doing because they’ve never seen this before.

Rhodus said he hoped young people would see love and support prevail over negativity and hate.

Pride flags are flying throughout downtown Winchester this month. Mason on Main owner Mason Rhodus says he is overwhelmed with support from his community and fellow business owners, especially after receiving hateful comments on Saturday. The full story tonight on @WKYT pic.twitter.com/QgPsGbJW8R

FutureFuel.io acquires College Finance Company to expand beyond student debt and rebrands itself as Candidly