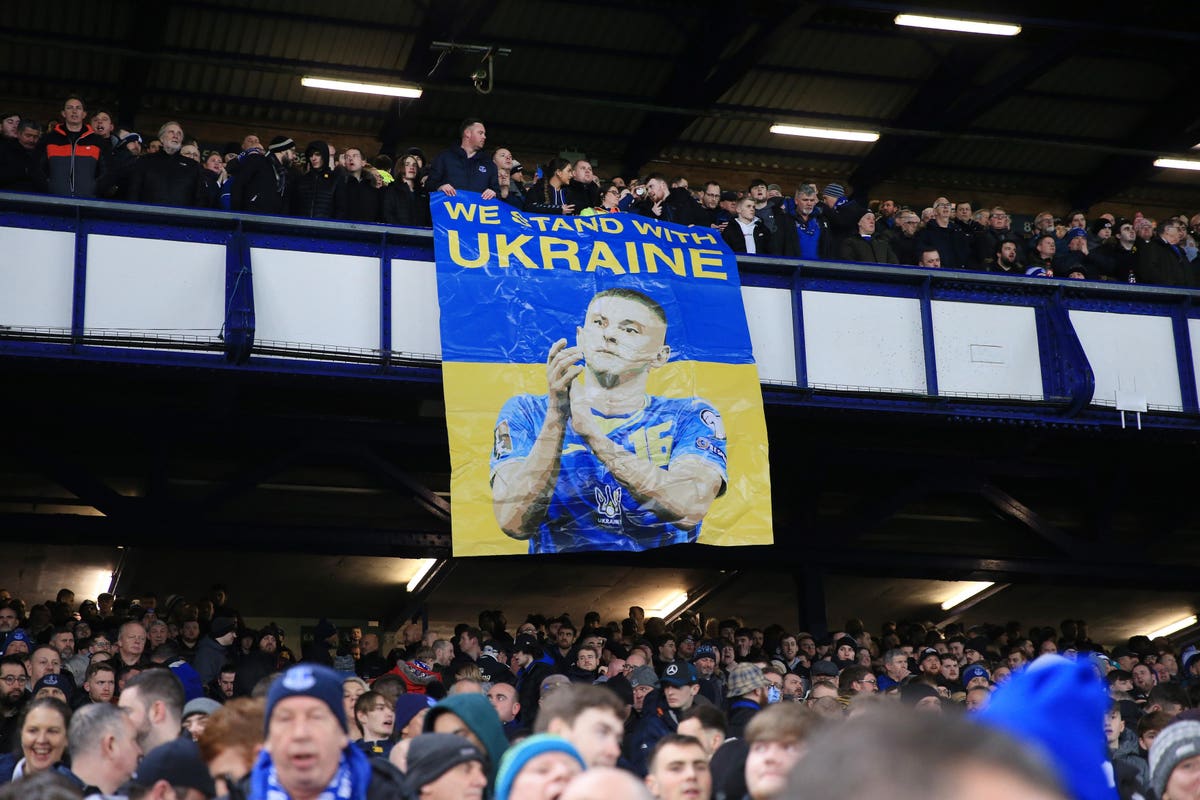 The impact of Vladimir Putin’s invasion of Ukraine has rocked Premier League club Chelsea FC, which are currently considering a potential sale. Could Everton FC face a similar scrutiny?

It’s a question fans of the Liverpool-based club may have to consider if majority owner Farhad Moshiri’s Russian connections, particularly his relationship with recently sanctioned Uzbekistan-born billionaire Alisher Usmanov, catches the eye of the UK government. . Since meeting in the 1990s, Moshiri, an Iranian-born British billionaire with a net worth of $2.9 billion before the Russian invasion, has worked closely with Usmanov, serving as a minority partner on several projects. A former accountant who worked at Ernst & Young and Deloitte, he invested in several Russian companies through Usmanov’s holding company USM, including mining and steelmaker Metalloinvest and wireless communications company MegaFon. The pair also invested in Arsenal FC before Moshiri divested to buy Everton in 2016.

Throughout the past week, Usmanov has been sanctioned by the European Union, the United States and the United Kingdom. Thanks to his alleged ties to Putin, Usmanov, 68, who Forbes estimated at more than $16 billion, faces asset freezes and travel bans. His villa in northern Sardinia was reportedly frozen by Italian authorities on Friday, and his 512ft mega-yacht, the Dilbar, remains in limbo. Usmanov is not the only Russian billionaire to come under political pressure. On Wednesday, Roman Abramovich said he would sell Chelsea and donate the proceeds to Russian war victims in Ukraine as the threat of potential sanctions looms. Billionaires Hansjoerg Wyss and Todd Boehly, minority shareholder of the Los Angeles Lakers and Dodgers, have reportedly made an offer.

Moshiri and his club distance themselves from his longtime partner. Everton issued a statement on Wednesday confirming that it had “suspended with immediate effect all commercial sponsorship agreements with Russian companies USM, MegaFon and Yota”. On the same day, Moshiri resigned as chairman of the board of USM. It is unclear whether he will sell his remaining share in the group, which he has reduced to 5% over the past 18 months. USM declined to comment. Everton also did not respond to requests for comment.

“I think if this invasion continues, [authorities will] go further into this network and it is possible that they can identify [Moshiri] as a problem and ask him to step down as well,” says Andy Appleby, president and CEO of General Sports & Entertainment. “Again, I think everything we’re talking about is so unprecedented.”

Meanwhile, Everton are a money-losing business, having lost around $350m in the past three financial years (its 2020-21 report has yet to be released) and largely staying afloat. thanks to the deep pockets of its owner. Since taking over in 2016, Moshiri has made a handful of interest-free loans and, according to Everton’s 2019-20 annual report, the club owed him a balance of around $460 million (his stake at the time was 77.2%). Earlier this year, Athleticism reported that Moshiri had injected an additional $130 million and raised its stake to 94.1%.

Complicating matters is how closely Everton’s affairs have been tied to Usmanov. Moshiri’s former partner is not known to have any shares in the club – Everton list 4.6% as ‘other shareholders’. But major holdings USM and MegaFon contributed to Everton’s record $84m sponsorship revenue in the 2019-20 financial year. Around $40 million of that came from USM buying a first-right option to name Everton’s new stadium at Bramley-Moore Dock. Usmanov also reportedly brokered a deal to bring former manager Carlo Ancelotti to Goodison Park in late 2019, according to the FinancialTimes.

Everton are not the only Premier League club to kick out Russian sponsors. Last week, Manchester United dropped their $53 million deal with airline Aeroflot. However, with Usmanov and his business connections irrelevant, the loss of income could be a critical blow.

Absent any government intervention, Moshiri’s personal finances are not in immediate danger. He has a large cash stack in addition to his equity at Everton (Forbes valued the club at $658 million in April).

“No matter how rich people are, they don’t want to lose money,” Appleby says. “And there might come a time when if you don’t have the money, you might not be able to continue to have that big prize asset, like a team like Everton or Chelsea.”

With additional reports from David Dawkins and Forbes Russia.