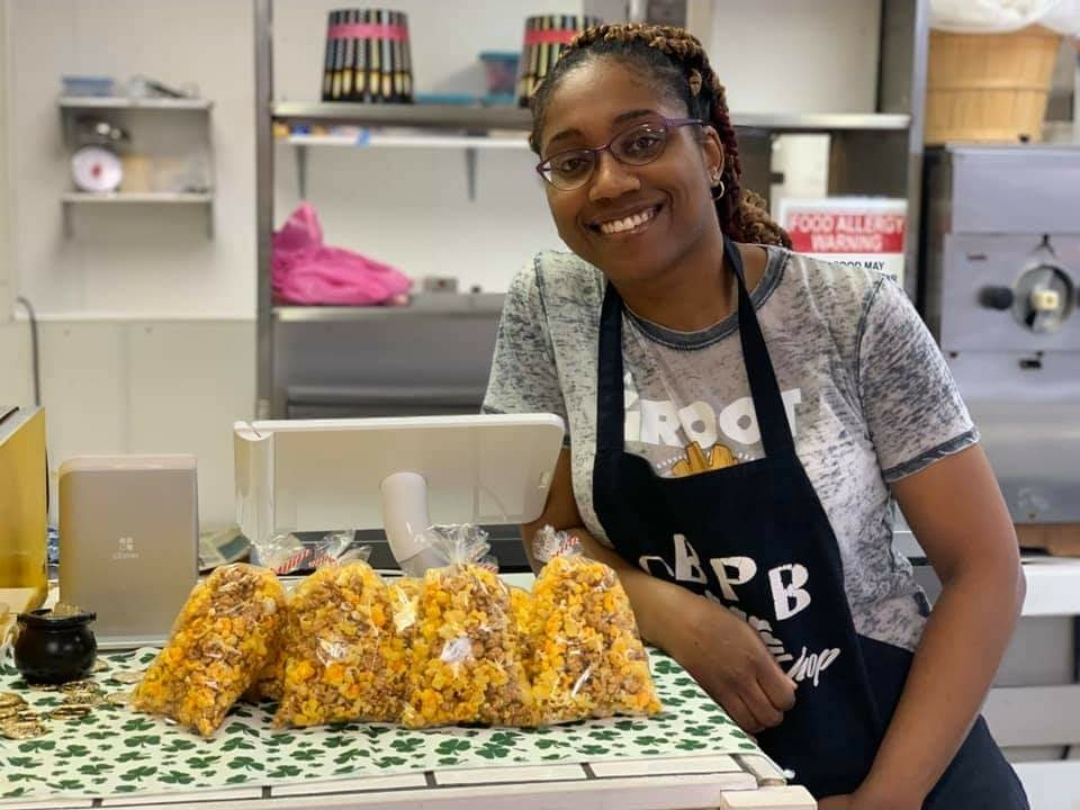 CU popcorn shop owner looks back on 13 years in business

Isis Griffin and Alven Allison’s popcorn business started in a small trailer in Champaign-Urbana where they sold shaved ice.

But eventually, they said they switched to selling hot corn when the cold winter months arrived because no one was buying shaved ice in the middle of winter in Illinois.

Griffin said switching to selling popcorn was a choice that transformed the business and the lives of CU customers.

He also said they still have their food trucks at their Kirby and Neil location, which has allowed them to grow their business.

“The business continues to grow and we are truly grateful for that,” Griffin said.

Griffin has been with CBPB for nine of his 13 years, and as someone who grew up in the CU community, he said starting the company was a way to give families something they might enjoy and that might make them feel good.

He said it is one of the rewarding parts of CBPB.

“Just knowing that I’m one of the people who feels good when they come here and connect with customers and just talk to people in town,” Griffin said.

He said that the CBPB has even become a must for visitors.

“I love that whenever someone goes to Champaign or Urbana, we’re on their list of places they had to come visit,” Griffin said.

He said people always enjoy visiting CBPB and being in such a good environment.

“It’s a very friendly and welcoming environment, and I just like being part of that positive light,” Griffin said. “It’s really something that’s important to me.”

CBPB was also one of the few companies honored with the Illinois Made program, an award that declares a unique business visitor to Illinois can experience, and the Visit Champaign County Tourism Impact award. .

Griffin said it came as a shock as they were only focused on making a good product and an enjoyable experience.

“It’s definitely a great honor, but you know we’re a black business, well me and my business partner, that’s not something that happens in mainland Illinois,” Griffin said. “As far as we’re concerned, we’re self-funded, so that was a major achievement, and that’s really great for us.”

Being a local, black-owned business is something Griffin said he’s proud of, but hopefuls can be highlighted throughout the year, not just during Black History Month.

“I think it would be beneficial not only for black businesses and entrepreneurs, but also for the black community, to keep the limelight and growth going throughout the year,” Griffin said.