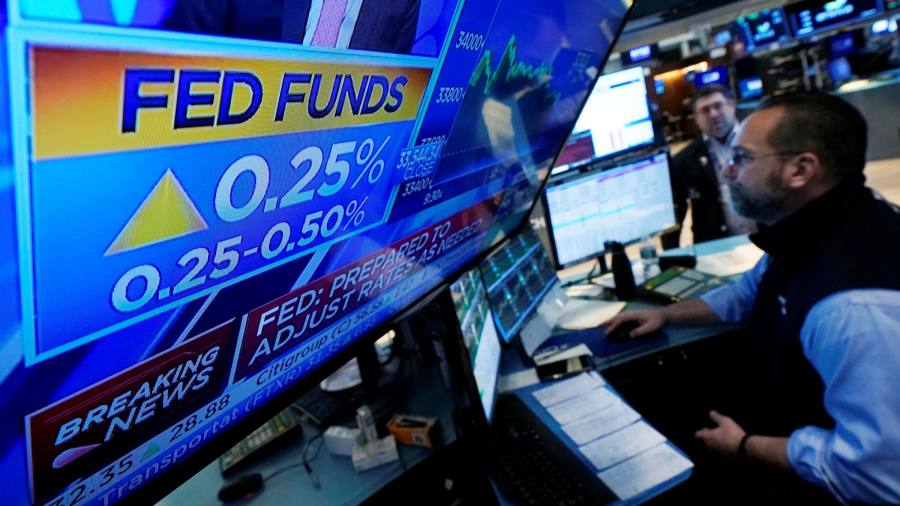 Financial markets are full of practical adages that sometimes work but not always, or are generally true but wrong when applied to a specific situation.

The first is that stock pickers are optimistic and bond investors are pessimistic, which makes the bond market a better predictor of future difficulties.

When you buy shares of a company, you are betting (to simplify a bit) on positive results for the company which will result in an increase in its value. So, optimism.

When you lend money to a business, you are usually betting on one outcome; the company will reimburse you. The main thing that threatens you to get your money back is a business that is doing very badly. This is becoming the priority for bond investors. So pessimism.

Such pessimism can be useful for the rest of us. The bond market, and particularly the high yield bond market where money is lent to riskier companies, is usually one of the first to falter if economic conditions deteriorate to the point of threatening corporate balance sheets.

Given everything investors are worried about right now — from Russia’s invasion of Ukraine to runaway inflation and a hawkish Federal Reserve steering investors away from the punch bowl by tightening monetary policy — they should watch the high yield bond market closely. But in recent times of stress, he really hasn’t budged. Instead, the stock market was the most responsive.

Take this year. In January, the S&P 500 slipped into correction territory – defined as a decline of more than 10% from its recent high. Meanwhile, high yield bonds have fared much better. The yield difference between high-yield bonds and US Treasuries, a measure of the risk of lending to private companies versus the government, rose slightly but remained well below any signal of distress. Why weren’t credit investors more worried? Why aren’t they yet?

This is no doubt because equity volatility this year has not been linked to fundamental weakness in the economy, but rather to the resetting of expectations for the Fed to raise interest rates. If this is correct, the credit has sent the right signal: that all is still fundamentally well.

However, concerns about economic growth are emerging. The US yield curve inverted this week, with interest rates on longer-term bonds falling below shorter-term debt. This is considered a classic recession indicator, as it implies that long-term rates will need to be cut to head off an economic downturn. Interest rate markets are also forecasting that the Fed will have to cut rates in just over a year after raising them aggressively, raising fears that attempts to crush high inflation could stifle growth. economic growth.

There are explanations. Analysts note a series of metrics suggesting the high-yield bond market is less risky than it used to be. For example, low rates have allowed companies to lock in cheap borrowing, increasing the likelihood that they will continue to repay their debts. Maybe the market just isn’t as susceptible to recession as it once was.

“Most companies have a large buffer between current economic conditions and something that could significantly affect their ability to repay credit – so equities almost have to come first,” said Peter Tchir, global macro strategist at Academy Securities.

Matt Mish, credit analyst at UBS, suggests there will be strains in the lending market, which has been used by private equity firms to fund aggressive corporate takeovers. Data from S&P Global shows that the proportion of low-rated corporate bonds, single B and below, has fallen from around 80% of the high-yield bond market in 2000 to just under 50% today. . On the other hand, this same proportion in the loan market has increased from 50% to almost 80%.

Yet even then, stress is unlikely to show up early given that the vast majority of syndicated loans are held by structured investment vehicles called collateralized loan bonds, which lock up investors’ money and are less forced to sell loans.

Are these changes in financial markets masking the once tried and true indicators of future turbulence? May be. Yet the most obvious conclusion remains that the risk of recession is simply still low for now.

Consumer balance sheets, overall, remain strong. Labor markets are tight. If businesses can ride out inflation — and the Fed’s response to it — then maybe all will be well. S&P raised its default forecast to 3% by the end of the year. It’s still very low. For now, it looks like the high yield bond market is ready to ignore the current macro worries. After all, there may be optimists in the bond market.