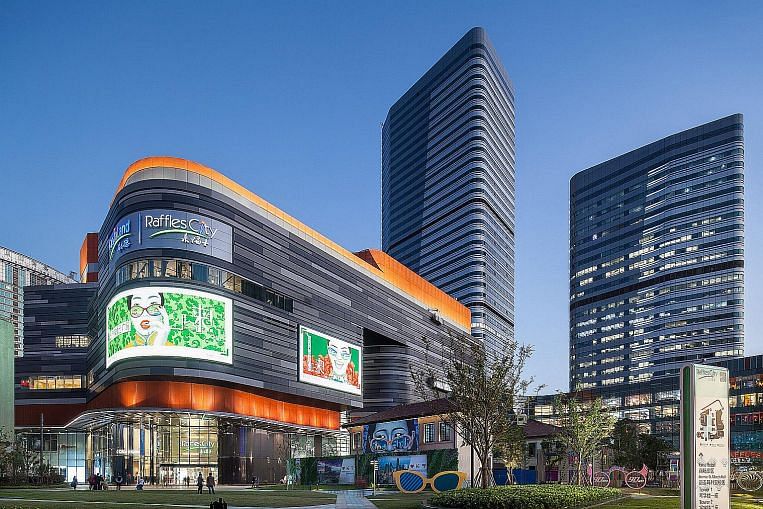 SINGAPORE – Shares of CapitaLand surged when the market opened on Monday June 28 after the real estate giant announced it would divest partial stakes in six of its Raffles City developments in China for 46.7 billion yuan (S $ 9.6 billion) to Ping An Life Insurance Company China.

It will retain effective stakes of between 12.6 and 30 percent in each development. The group currently has effective interests of 30.7 to 55 percent in the properties.

CapitaLand said it expects to earn net proceeds of more than $ 2 billion from the transaction, which is expected to close in the third quarter of 2021.

CapitaLand China Managing Director Puah Tze Shyang said part of the unlocked capital will be used to support the group’s backbone of investing in new economy assets such as business parks, logistics and data centers, forming a new pipeline for future recycling.

CapitaLand plans to increase its exposure to China in this sector to $ 5 billion over the next few years, from $ 1.5 billion at the end of 2020, he added.

In line with this investment strategy, CapitaLand announced in April an investment of 3.66 billion yuan to acquire its first hyperscale data center campus in Shanghai.

With the latest transaction, CapitaLand has achieved gross divestments of around $ 11.2 billion since the start of the year, more than three times its annual divestment target of $ 3 billion, Lee said. At the same time, it increased its funds under management to $ 79.2 billion.

CapitaLand announced last week that it has registered as a private equity (PE) fund manager in China and expects a renminbi-denominated fund product in the fourth quarter of 2021 that could seize investment opportunities in the assets of the new economy.

â€œWith multiple recycling vehicles and strategies, as well as diverse sources of capital, we are confident in our next stage of growth as a lean and capital efficient global real estate investment manager, focused on Asia,â€ a- he declared.

After their love affair with gold, Indians turn to crypto