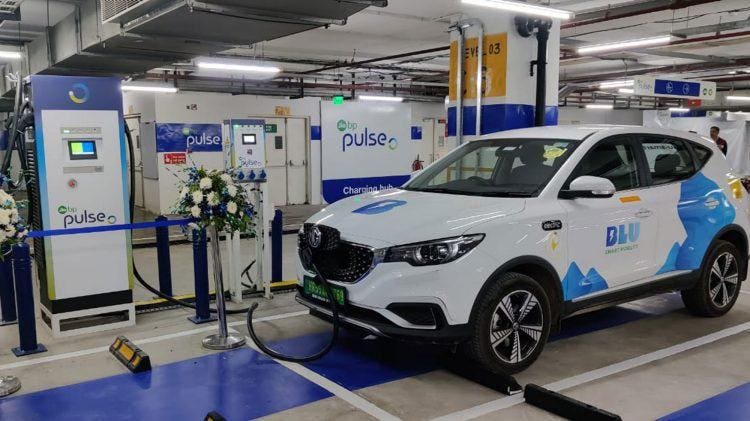 Fueling its plan to vastly expand its electric vehicle charging network, British oil giant bp has entered into a multi-year agreement with Tritium DCFC Ltd., a leading developer and manufacturer of DC fast chargers for electric vehicles. the companies announced on Monday.

The agreement provides for Tritium to supply an initial order of just under 1,000 chargers and associated services to bp’s markets in the UK, Australia and New Zealand according to a press release.

Just last month bp pulse, the oil giant’s electric vehicle charging business, announced a plan to triple its number of electric vehicle charging points in the UK to 16,000 by 2030 , spending £1bn or around $1.30bn over 10 years. This latest move represents an expansion of that plan beyond the UK to include the two nations with close ties to Britain.

The energy company’s fast-charging strategy is in line with its goal of being a net-zero emissions company by 2050 or earlier and targets an expected explosion in electric vehicle adoption over the next three decades.

bp Energy Outlook’s Rapid Transition Scenario estimate projects up to 1 billion electrified cars and trucks on the road globally by 2040, with electric vehicles accounting for 80% of passenger cars on the road by 2050.

“I am delighted that with this new global agreement with Tritium, it will help bp pulse fulfill its mission to provide fast and reliable charging to electric vehicle drivers and accelerate the deployment of the necessary charging infrastructure as the world is shifting towards decarbonizing road transport,” said Richard Bartlett, senior vice president of bp pulse, in a statement.

Founded in 2001, Tritium has recently experienced major developments. In December, the company announced an agreement with Shell to supply DC fast chargers to its business operations in Europe, South Africa, Asia, the Middle East and North America, as part of the goal to Shell to operate 500,000 charging stations by 2025 and 2,500,000 by 2030.

In January, the Australia-based company went public on the NASDAQ stock exchange. The move was followed by the announcement in February of a new manufacturing facility in Lebanon, Tennessee, with production expected in the third quarter of this year. The new plant will include six production lines to build Tritium fast chargers, generating more than 500 jobs in the region over the next five years, according to the company.

This latest agreement with bp represents another step forward for Tritium as it seeks to expand its global presence and greater availability of fast chargers for electric vehicles.

“The electrification of transportation is entering an incredible era where great companies like bp are providing critical support to shift the world to cleaner, more reliable transportation,” Tritium CEO Jane Hunter said in a statement. “We are excited to be working with bp to create better global access to fast charging as part of their mission to become a net zero company by 2050 and to be a leader in helping the world achieve net zero emissions. “

The companies did not disclose the value of the deal announced on Monday, but that value could rise if bp’s overall goal of expanding its global electric vehicle charging business includes Tritium chargers.