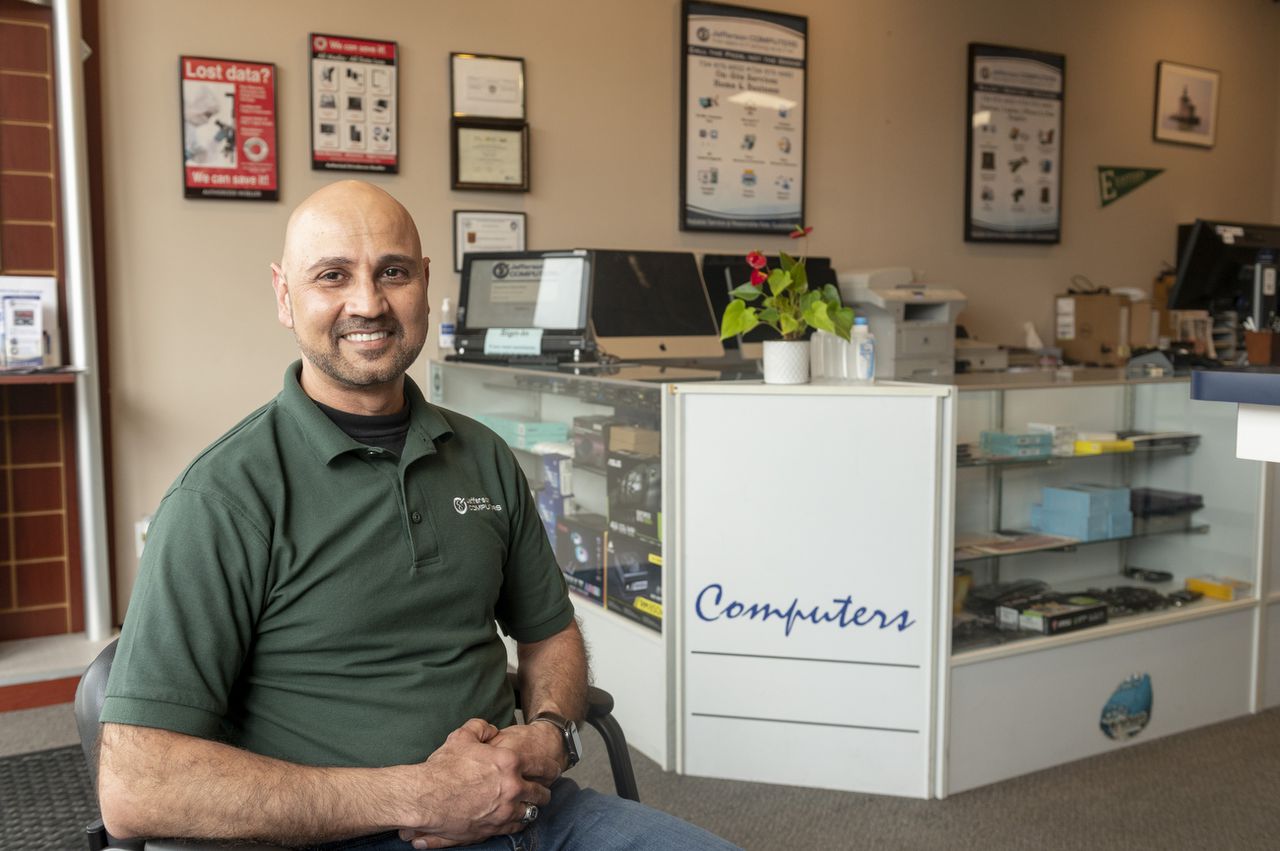 Beware of scammers: This Ypsilanti business owner aims to educate and stop cyberattacks

YPSILANTI, MI — While some customers visit Jafferson Computers in Ypsilanti to get a minor laptop fix, others tell how a random pop-up ad cost them $36,000.

But, while computer scams have always been around, Jaffer said he’s noticed more and more customers being scammed out of money in recent years.

Some of the major scams involve scammers acting as well-known organizations such as IRS, Amazon, Microsoft and Apple, requiring them to quickly purchase or refund money through their computers. Other times, a pop-up advertisement, acting as one of these companies, causes a person to call the scammer’s number.

Jaffer said he feels compelled to raise awareness of these cyberattacks by holding free classes at local libraries to educate attendees on how to spot and avoid scams.

“I just want to get out there and keep raising awareness about these issues that are happening,” Jaffer said. “I believe the more I talk, the more people discuss these situations and the easier it is for them to recognize when they’re in the situation, whether it’s text, call or email.”

Jaffers courses discuss current online scams like Phishing emails, fraudulent phone calls and SMS scams, also known as smashing. The presentation shares first-hand accounts from people who have been scammed, and Jaffer offers advice on how someone can protect their computer and protect themselves from these situations.

Regardless of its delivery, Jaffer said a scam plays with people’s emotions, creates uncertainty and makes someone’s actions urgent. He stresses the importance of taking the time to consult with others when dealing with a potential scam.

“Whenever they have a situation they should just stop, think and maybe talk to their loved one,” Jaffer said, “I think they can minimize their risk of being scammed if they stop, reflect and then communicate.”

After a few years of volunteering at libraries, Jaffer decided to take his classes at senior centers as well.

Through these classes, Jaffer educates seniors that their age group, especially if they are over 60is the victim of scams more than others.

Jaffer collaborated with Catherine Mitchell, president of Senior Leaders of Washtenaw County, Inc., to find seniors who might need his help. WCSL is a non-profit networking group for those working in the senior living or senior support industry.

Mitchell has seen firsthand the impact Jaffer has had on some of the seniors she works with.

“A gentleman came to me a week and a half later and said, ‘Thank you for bringing this guy. I learned things and some of the other women I was sitting with said they didn’t ‘had never heard of these things, and they didn’t know them,” Mitchell said. “They were really grateful to have this experience brought to them.”

Jaffer has received help with his courses from Aaron DeSanto, CTO at Jafferson Computers, for the past four years. DeSanto offers commentary on what to include in these courses.

By helping Jaffer, DeSanto realized that this issue is more important than the work the two are doing.

“We need to start spreading this information as a society,” DeSanto said. “It’s starting to gain ground and that’s good, but there’s definitely more to do.”

As for the future, Jaffer intends to continue educating his community. He encourages people interested in his program to contact him directly so he can help more people in need.

Ann Arbor firefighters burn home to be demolished for development