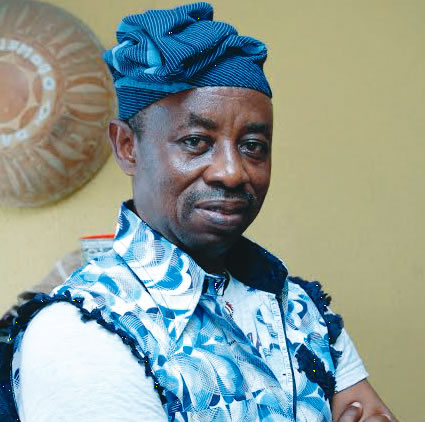 Kelani via her Instagram page lamented the negligence of NRC workers at Yaba station. He claimed that despite the fact that today is a public holiday and Yaba station should have expected a high number of customers, NRC officials did not return to work until around 6:45 a.m.

In a long article on his page, the legendary filmmaker wrote: “The Nigerian Railway Corporation is wrong. The NRC operating the new SGR could have been more efficient this morning at the Yaba terminal with advance planning. On a national holiday, October 1, the high passenger traffic could have been anticipated and an appropriate operational plan put in place.

“At 6 am, as long lines formed, no NRC member arrived! The doors of the ticket office remained closed. Other passengers were arriving at 6:45 a.m. when the door finally opened, with NRC staff struggling to deal with the chaos that followed. “Abeokuta over here,” “Ibadan that way only resulted in a scramble to get to the front of the line. Inside the ticket office there was more confusion – ‘Abeokuta standard this line, Abeokuta business class this line – Ibadan business class is another line and Ibadan standard class is the other line. Discovery too late, reports, no first class service on this train.

“Another queue has grown to get to the cabin. No payment at the till, you must provide cash, counted one by one, by the ticket seller. A dozen ballpoint pens or ballpoint pens scribbling on tiny tickets with ID etc.

“Frankly, I think the CCECC of China has delivered or will be delivered when the project is completed and handed over. But is NRC ready? The new system cannot be allowed to function as an extension of the old NRC. Should China take over the business management or should it be outsourced to Nigerian companies capable of providing efficient and pleasant service? This morning, the EBJ / Yaba terminal at Mobolaji Johnson station was no better than the Oshodi or any of our township car fleets. SHAME!”