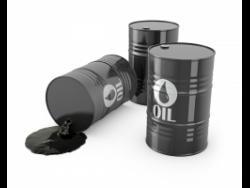 ExxonMobil announces a “safe” year for its operations in Guyana | Business

ExxonMobil Guyana said 2021 has been a safe year for the oil company, noting that there have been many days in offshore operations without major incident.

“The crew aboard FPSO Liza Destiny, for example, have reached over 800 days without a recordable incident,” said Alistair Routledge, director of ExxonMobil Guyana.

There are six drilling vessels and two floating, production, storage and offloading, or FPSO, vessels in the Stabroek oil block off Guyana, which are supported by more than 1,000 people at all times.

“We were able to overcome operational issues and meet volume targets, including five shipments destined for the Government of Guyana. We also continued our wonderful exploration success. Again, people tend to forget that this is a border exploration area and we shouldn’t expect the kind of success we’ve seen, ”Routledge said.

ExxonMobil Guyana recorded several discoveries in the Stabroek block in 2021, which raised the estimate of recoverable resources to around 10 billion barrels of oil equivalent. Previous challenges with the flash gas compressor on the Liza Destiny were also overcome, which allowed for stable and continuously safe operations on the ship. Production on the Liza Destiny remains above 120,000 barrels per day.

“In early 2022, we plan to install a new redesigned flash gas compressor on the Liza Destiny, and we will commission the gas injection system on the Liza Unity using lessons learned from our first project,” Routledge said.

The oil company also said significant efforts have been made to hire local skills, use suppliers and ensure that capacities are developed to meet the needs of the industry.

There are now 3,270 Guyanese supporting the company’s oil operations, an increase of over 1,000 since last December. ExxonMobil Guyana and its prime contractors have also spent over US $ 540 million with more than 800 unique Guyanese suppliers.

“It is very important to us that the Guyanese people benefit from our operations, not only from the revenue generated by the government, but also directly through the implementation of the projects,” said Routledge. “We expect more and more benefits to reach more people in the years to come,” he added, noting that the “gas to energy” project, which is being run by the government, was another opportunity.

“In 2022, as the Gas to Energy project progresses, we expect there will be a lot more activity in region three. So it won’t just be Georgetown; it will also reach other parts of the country, ”said Routledge.

In February 2021, ExxonMobil Guyana also launched its GUY $ 20 billion Greater Guyana Initiative, a 10-year commitment from the Stabroek block venturers to support capacity building, including training partnerships with educational institutions. TVET and the University of Guyana, among other projects.

The Liza Phase One, with a production capacity of 120,000 crude oil barrels per day, delivered its first production in December 2019 using the Liza Destiny FPSO. The second phase of Liza’s development is expected to begin in early 2022, using the FPSO Liza Unity, which sailed to Guyana in October and is equipped with a gross production capacity of around 220,000 barrels of oil per day.

The third phase of development of the Payara field is expected to start producing oil in 2024. Payara will use the FPSO Prosperity, with a capacity of 220,000 crude barrels of oil per day.

A fourth development, Yellowtail, has been identified on the Stabroek block, with start-up scheduled for 2025, pending government approvals.

Guyanese lawmakers are due to debate a local content bill that requires oil companies and their contractors to provide the government with a local content master plan, outlining their overall capacity plans, including employment, l procurement and capacity development; the quality and quantity criteria required for the supply of goods and the provision of services; and a statement and estimate of the value of local content.

Custody serves as the foundation in the virtual asset ecosystem