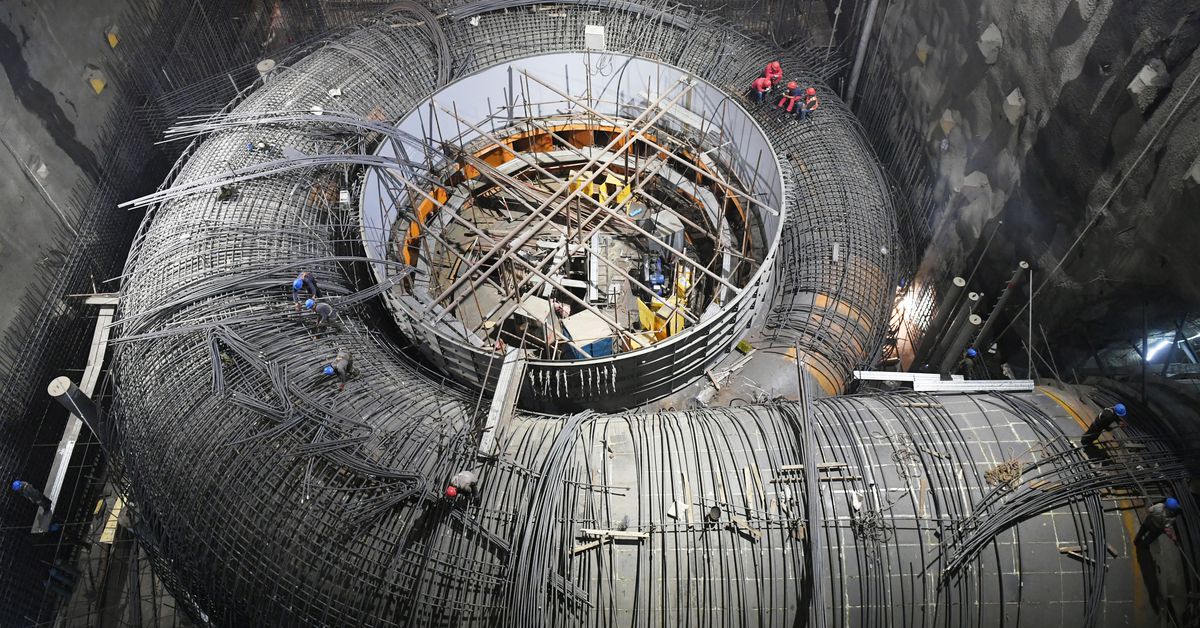 The project’s first two 1 gigawatt (GW) turbines will come into service after a three-day trial, CCTV said. The project will eventually include 16 such units, placing its total production capacity second after the Three Gorges Dam once it is fully completed in July next year.

Baihetan was built by the China Three Gorges Corporation and is located on the border between the southwestern provinces of Yunnan and Sichuan. It is part of a cascade of dams on the Jinsha River, which is the upstream part of the Yangtze.

Although the Three Gorges Corporation has declared that it is one of the largest and most difficult engineering projects in China, with a dam height of 289 meters (948 feet), its construction does not took that four years.

The project is part of a national program to generate electricity and deliver it to energy-intensive regions of the east coast, and is also designed to strengthen the control of water flows during the peak season. summer floods.

An ultra-high voltage (UHV) power transmission line connecting Baihetan to eastern Jiangsu province began construction in late 2020 and is expected to be launched in 2022. Another UHV from Baihetan to Zhejiang province, also in the east China awaits Beijing approval.

In addition, regions that depended on coal for power generation are scrambling to find clean energy sources, mainly in the western regions of China, to boost their economies under pressure from the central government to achieve climate change targets.

The 10.2 GW Wudongde hydroelectric project, built upstream of the Jinsha from Baihetan, was fully operational in mid-June. Read more

An environmental group has criticized the construction of large-scale dams on the Yangtze and its tributaries, fearing that the river’s overengineering has destroyed key habitats and damaged natural floodplains.